I am available to supervise research students in the following areas: Law and Society; Comparative Constitutional Law and Politics; Law and Religion; Law and Development; Legal Systems of Southeast Asia, particularly Indonesian law and Myanmar law

Indonesian Law Practicum
I was part of the Advisory Board for the Law Practicum of the Australian Consortium for In Country Indonesian Studies (ACICIS). ACICIS was established over 20 years ago and is recognised as the premier provider of Indonesian in country studies for Australian studies. Launched in 2018, the Indonesian Law practicum includes two full-weeks of coursework and field trips; intensive Indonesian language program; and four-week internship in Indonesia. UNSW Law students should contact the International Exchange office for more details. 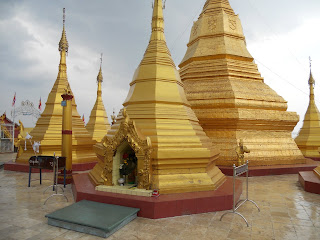 As the Academic Lead for Myanmar with the Institute for Global Development, I have designed a new social justice internship program. The IGD has four pillars to its work: Knowledge Exchange; Knowledge Development; Overseas Partnerships; Australian Partnerships. IGD seeks to contributing to building capacity through access to educational opportunities and creating sustainable evidence-based research solutions to issues affecting some of the world’s most disadvantaged communities. The Internship will introduce the intern to the work of the IGD, provide interns with skills in designing and implementing projects, working as part of a team, writing and researching on issues related to development in Myanmar, and networking with an interdisciplinary group of academics. Law Students should apply through the Law School's social justice internship application process.

This course will provide students with an introduction to the contemporary Indonesian legal system. Indonesia is the world’s third largest democracy and the world’s largest Muslim-majority country. It has a growing economy and an expanding middle class. Since 1998 and the end of authoritarian rule, the country has experienced significant legal and constitutional reform. These reforms have been accompanied by a growing legal profession and changes in legal education. There has also been a major expansion and specialisation in the judicial system, with a range of new courts established to address particular disputes, from the Constitutional Court to the Commercial Court and Tax Court. Indonesia is a civil law system, though it is also influenced by aspects of Islamic law and indigenous traditions. The study of Indonesia’s legal system opens up important debates for scholarly inquiry about legal pluralism; legal change; the role of courts in democratisation transition and consolidation; and the viability of specialised courts. This is a research-intensive subject. Students are encouraged to have completed or be undertaking Law in Global Context.


The Rule of Law in Southeast Asia (LAWS3167; JURD7567)
This course provides students with an introduction to legal traditions of Southeast Asia through a critical focus on development and the rule of law. The rule of law is now commonly promoted by scholars, politicians and legal professions as essential to political and democratic reform in regions around the world, including in Southeast Asia. The rule of law is however an inherently contested concept, and there is vigorous debate over its substance, content and practical value. This course will provide an opportunity for students to reflect on law reform in Southeast Asia, including Indonesia, Malaysia and Myanmar. Core themes of the course include: law reform in authoritarian states; constitutional law; democratisation; the courts; the role of judicial review; human rights institutions; religion-state relations; and legal education. For the course guide see here. 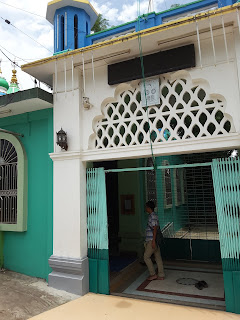 This course provides students with an introduction to Islamic law and society in Southeast Asia. The region of Southeast Asia provides a fascinating and complex site to consider many of the broader issues and debates facing the Muslim world. Countries that will be covered include Indonesia, Malaysia, Thailand, Philippines, Singapore and Myanmar. The aim of the course is to explore contemporary issues and debates on Islamic law in its social, political and cultural context. Key themes of the course include Islam and constitutionalism; the role of religious authorities; Muslim legal professionals; women and Islam; Muslims and conflict; state regulation of religion; and Islamic courts. This course would appeal to students who are interested in deepening their understanding of Islamic law and exploring debates concerning secularism; the significance of religion to legal traditions in Asia, and the interaction between Islam and democracy in the region. For the course guide see here.

I have taught in the JD, LLB and Masters programs at several law faculties, including Monash University, the University of Sydney, the University of Melbourne and the National University of Singapore. I have been invited to give guest lectures to students at universities in Australia and overseas for subjects such as Islam and the State in Southeast Asia; the Indonesian Legal System; the Indonesian Constitutional Court; the Rule of Law in Asia; Law and Foreign Investment in Asia; and Law Reform in Myanmar.

Covid-19 is currently disrupting academic publishing in a number of ways.  There are disruptions to the global supply chain for the manufacture and distribution of printed journals. The following publishers have halted journal printing until further notice: Cambridge University Press (from 25 March 2020) Taylor & Francis (from 10 April) S ome journal editors or editing boards have suspended or delayed the review or publication process for academic journals.  On the other hand, some publishers are providing open access content for a limited period of time. See the following links from the UNSW library  and the  ANU library , or select publishers websites such as  OUP .  The University of California Press has opened free access to all its journals until the end of June 2020 Hart Publishing is currently offering free access for libraries to its online platform,  Bloomsbury Collections , until the end of May. To enable access for your institution, email Hart at O
Read more

Administrative law is an important part of access to justice because it can operate as a check and balance on government decision-making, and provide an avenue for individuals to seek review of government decisions. In a report sponsored by USAID and TetraTech for their 'Promoting the Rule of Law in Myanmar' program, I emphasise the importance of administrative law in Myanmar in promoting good governance, accountability and checks on executive power.  The main avenue for judicial review of administrative action in Myanmar is the constitutional writs under the 2008 Constitution. Since 2011, a large number of applications for the constitutional writs have been brought to the Supreme Court. The Writ Procedure Law 2014 was introduced to clarify the Supreme Court procedure for handling writ cases. The constitutional writs are a new area of law and support needs to be provided to a range of legal actors in order to take hold of the potential opportunity this provides.  Ef
Read more

Dr Melissa Crouch and Associate Professor Lisa Toohey of UNSW Law Faculty are undertaking a Professional Legal Education Project in Commercial and Corporate law in Myanmar (2016-2017), funded by the Asian Development Bank.  Melissa Crouch is the Team leader and Legal Education and Myanmar Law expert. Lisa Toohey is the Legal Education and Commercial Law expert on the project.  Emma Dunlop is the Legal Researcher and Project administrator. Melissa Crouch at the USC Strategic Action Plan meeting 2016 The focus of the project is on improving legal education and skills integral to the transactional practice and adjudication of commercial law, at this critical time in Myanmar's transition to democracy. The project includes developing a training program for the practical legal training needs of private lawyers, government lawyers, prosecutors and judges in commercial and financial law.  Melissa, Lisa and Melinda with law students from Dagon University In 2016, the first stag
Read more