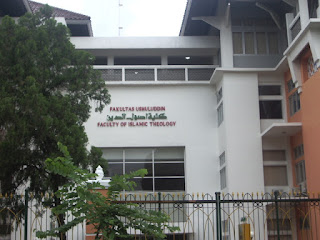 Southeast Asia is home to many legal traditions and has a long history of legal pluralism. Religion is central to past and present legal and constitutional debates in Southeast Asia. My research is concerned with understanding the complex intersection between law and religion in Southeast Asia. My doctoral research culminated in the book 'Law and Religion in Indonesia' (2014) which identifies the judicialization of religion in Indonesia since 1998. The book illustrates how democracy and decentralisation have prompted a turn to law to resolve, or create, disputes between religious communities. The book offers ethnographic case studies of disputes between Muslims and Christians that have arisen over the criminalization of blasphemy, and regulations over permits for places of worship, and proselytization in West Java.
My research on Islamic courts and fatwa (Islamic legal opinions) in Southeast Asia, particularly Indonesia, Myanmar, Malaysia and Singapore maps the distinct structural arrangements between the state and religious authorities, and how this affects minority groups (see ‘Islamic Law and Society in Southeast Asia’, 2016).  My collaborative work offers new empirical and comparative perspectives on Muslim communities in Myanmar, as exemplified in the edited volume, ‘Islam and the State in Myanmar: Muslim-Buddhist Relations and the Politics of Belongings’ (OUP 2016). For example, my work on Burmese Buddhist Law in Myanmar considers the importance of viewing contemporary debates on women’s rights in the context of historical developments in Burmese Buddhist law (see ‘Polygyny and the Power of Revenge’, 2016). Throughout my teaching and research, I contribute to the socio-legal study of legal traditions and legal pluralism in Southeast Asia. I have taught on ‘Law and Society in Southeast Asia’ at Harvard Law School’s Institute for Global Law and Policy (IGLP); on ‘Constitutionalism and Islam in Indonesia’ at Northwestern Law School; and ‘Law and Religion in Myanmar’ at the University of Victoria, Canada.
Constitutionalism and the Courts in Southeast Asia
The thinking and practise of constitution-making and the role of courts in Southeast Asia is diverse and has shifted over time. My book on The Constitution of Myanmar: A Contextual Analysis (Hart Publishing, 2019) offers the first analysis of how the 2008 Constitution is understood and operates in Myanmar, in historical and comparative context. While much of the field of comparative constitutional law focuses on courts, I demonstrate that it is the legislature, rather than the Constitutional Tribunal, that is the primary forum for discussion and debate on the Constitution in Myanmar (see also 'Democrats, Dictators and Dialogue: Myanmar's Constitutional Tribunal' ICON 2018). 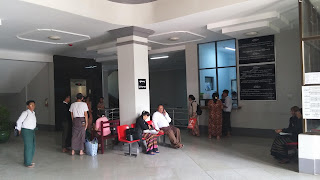 My work takes a socio-legal approach to the study of courts and constitutionalism, and challenges conventional approaches to comparative constitutional law. Although it is common to trace the emergence of rights jurisprudence to the establishment of constitutional courts around the world since the 1980s, my research instead suggests that the constitutional writs deserves its place in global histories of constitutional review as an avenue of rights protection in postcolonial settings from Myanmar to India and beyond (see Oxford Journal of Legal Studies 2018, see also Law, Society and Transition in Myanmar 2014). Another example is my work on emergency powers, which are often considered to be the ‘exception’ to constitutional rule. My work on emergency powers in Southeast Asia shows how emergency rule has come to form part of the everyday in Myanmar and facilities the potential for military involvement in Indonesia (see ‘The Everyday Emergency’ 2016 and ‘The Expansion of Emergency Powers’ 2017).
Efforts at law reform are often focusing on strengthening the courts and enhancing constitutionalism. My edited book, The Business of Transition: Law Reform, Development and Economics in Myanmar' (CUP 2017) is an invitation to think carefully and critically about the intersection between law, development and economics in times of political transition.  I have published on the role of the courts and the need to rethink our understanding of judicial independence in countries emerging from authoritarian rule, such as Indonesia and Myanmar (eg see ‘The Judiciary in Myanmar’ and ‘Myanmar’s Courts in an Era of Quasi-Military Rule’ 2017). From 2016-2019, I led a team responsible for a major legal education project on corporate and commercial law in Myanmar funded by the Asian Development Bank. This project includes professional training for lawyers, government officials and senior judges in commercial law. Commercial lawyers are an emerging sector of the broader legal profession in Myanmar (see 'The Legal Profession in Myanmar' 2019).
My primary research agenda focuses on courts and constitutionalism. In The Politics of Law Reform: Judicial Change and Legal Culture in Indonesia (CUP 2019), I pay tribute to the seminal work of Dan S Lev and his contribution to the politics of the judiciary in Indonesia. The volume reflects upon the remarkable story of judicial innovation and the impact of the creation of a system of specialized courts in Indonesia. My work on the criminal justice system and courts in Indonesia offers the first empirical evidence on patterns in sentencing for the crime of people smuggling and shows that judges sometimes ignore mandatory minimum sentences ('Trials of People Smugglers' 2013, 'The Criminalisation of People Smuggling' 2013). In a special journal issue, we reflect on the seminal contribution of the Constitutional Court to democratic reform in Indonesia ('The First Decade of Indonesia's Constitutional Court' 2016). My research also demonstrates the contribution of cause lawyers to the process of democratic reform in Indonesia, despite the absence of a united bar association (‘Cause Lawyers in Indonesia’, 2013).
Related to constitutionalism, my research has also been concerned with notions of accountability, corruption and non-judicial institutions. My interest in accountability agencies began in 2004 with an internship at the local Ombudsman in Yogyakarta, Indonesia ('Indonesia's National and Local Ombudsman Reforms', 2007). My work explores the development of administrative law mechanisms in Southeast Asia, illuminating the critical importance of administrative accountability to democratic reform. This includes freedom of information reforms, human rights commissions, ombudsman, anti-corruption commissions and administrative courts ('Asian Legal Transplants and Rule of Law Reform', 2013).
At UNSW, I teach an elective course on The Rule of Law in Southeast Asia; and a course on Indonesian Law and Society. I sit on the Australian Consortium of In-Country Indonesian Studies’ Indonesian Law Advisory Panel, which offers an innovative exchange and internship program for students on Indonesian Law in Jakarta. I oversee a student internship program at UNSW’s Institute for Global Development.
Constitutional Change in Authoritarian Regimes 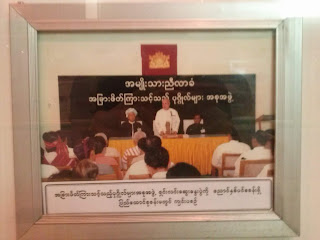 Covid-19 is currently disrupting academic publishing in a number of ways.  There are disruptions to the global supply chain for the manufacture and distribution of printed journals. The following publishers have halted journal printing until further notice: Cambridge University Press (from 25 March 2020) Taylor & Francis (from 10 April) S ome journal editors or editing boards have suspended or delayed the review or publication process for academic journals.  On the other hand, some publishers are providing open access content for a limited period of time. See the following links from the UNSW library  and the  ANU library , or select publishers websites such as  OUP .  The University of California Press has opened free access to all its journals until the end of June 2020 Hart Publishing is currently offering free access for libraries to its online platform,  Bloomsbury Collections , until the end of May. To enable access for your institution, email Hart at O
Read more

Administrative law is an important part of access to justice because it can operate as a check and balance on government decision-making, and provide an avenue for individuals to seek review of government decisions. In a report sponsored by USAID and TetraTech for their 'Promoting the Rule of Law in Myanmar' program, I emphasise the importance of administrative law in Myanmar in promoting good governance, accountability and checks on executive power.  The main avenue for judicial review of administrative action in Myanmar is the constitutional writs under the 2008 Constitution. Since 2011, a large number of applications for the constitutional writs have been brought to the Supreme Court. The Writ Procedure Law 2014 was introduced to clarify the Supreme Court procedure for handling writ cases. The constitutional writs are a new area of law and support needs to be provided to a range of legal actors in order to take hold of the potential opportunity this provides.  Ef
Read more

Dr Melissa Crouch and Associate Professor Lisa Toohey of UNSW Law Faculty are undertaking a Professional Legal Education Project in Commercial and Corporate law in Myanmar (2016-2017), funded by the Asian Development Bank.  Melissa Crouch is the Team leader and Legal Education and Myanmar Law expert. Lisa Toohey is the Legal Education and Commercial Law expert on the project.  Emma Dunlop is the Legal Researcher and Project administrator. Melissa Crouch at the USC Strategic Action Plan meeting 2016 The focus of the project is on improving legal education and skills integral to the transactional practice and adjudication of commercial law, at this critical time in Myanmar's transition to democracy. The project includes developing a training program for the practical legal training needs of private lawyers, government lawyers, prosecutors and judges in commercial and financial law.  Melissa, Lisa and Melinda with law students from Dagon University In 2016, the first stag
Read more