August 14, 2017
Next week, on 23 August 2017 I look forward to talking at Trisakti University Law Faculty conference in Jakarta, Indonesia. My topic is on "Legal Culture and the Rule of Law in Indonesia: Religious deference and the blasphemy law". 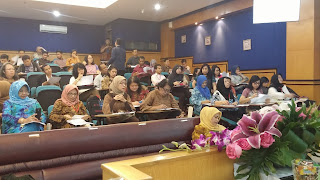 Abstract: The recent criminal trial of Governor of Jakarta, Ahok, has highlighted the controversy over the Blasphemy Law in Indonesia. This raises questions about legal culture, how and why law is used, and the rule of law in Indonesia. My presentation examines the role of fatwa issued against so-called ‘deviant’ religious believers convicted on charges of blasphemy. This is an issue of growing concern in Indonesia, where an increasing number of individuals have been convicted for the offence of blasphemy since 1998. It identifies that fatwa, despite its lack of legal status, may play an influential part in the legal process. A fatwa may be used as a justification or basis for allegations of blasphemy to be lodged with the police. Once a blasphemy case reaches the District Court, a fatwa may also be used as evidence in court to support the prosecutor’s argument that a person is guilty of ‘insulting a religion’. This raises the issue of how the legal system reconciles state criminal law with Islamic fatwa. I examine how Islamic opinions are given weight in court, despite the fact that a fatwa is not recognised as an official or legally binding source of law by the state in Indonesia. Drawing on illustrations from several cases of blasphemy, I argue that a practise of “religious deference” has emerged, where the District Courts defer to the opinion of Islamic religious leaders and fatwa on issues of religious sensitivity. This principle of religious deference is one means by which the secular state courts negotiate and reconcile the demands of legal pluralism.
Paper available at: https://papers.ssrn.com/sol3/papers.cfm?abstract_id=2678759