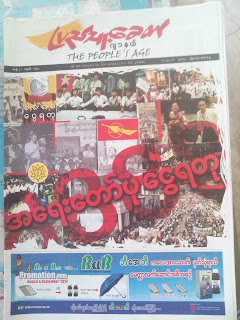 On 29 January 2017, U Ko Ni, a prominent lawyer and legal advisor to the National League for Democracy (NLD), was brutally assassinated at Yangon International Airport. He was returning from a trip to Indonesia with the Information Minister, U Pe Myint. His untimely death is an unspeakable loss for the country.

Great potential as well as great dangers have been unleased in Myanmar following its political and legal transition away from military dictatorship since 2011. As the reform process gained momentum in 2012, U Ko Ni became an outspoken advocate for reform of the Constitution, and was well-known as a legal advisor to the National League for Democracy (NLD). He was also one of the few well-known public figures who are Muslim in majority-Buddhist Myanmar.

In this article, I offer a modest tribute to a man who must be remembered for many years to come for his role as Myanmar’s advocate for constitutional reform. U Ko Ni was a cause lawyer whose advocacy was for law itself, which is a critical cause in contemporary Myanmar. As Cheesman and Kyaw Min San have shown, the role of such cause lawyers in Myanmar is to insist ‘that legal norms ought to matter, despite empirical facts suggesting otherwise’....

The full article can be downloaded for free at SSRN: Melissa Crouch (2017), Saya U Ko Ni, Myanmar's Advocate for Constitutional Reform, 17(1) Australian Journal of Asian Law.