Seminar: What is Buddhist Constitutionalism?

July 25, 2016
On 13 September, UNSW Law will host a seminar by Dr Ben Schonthal on 'What is Buddhist Constitutionalism?' 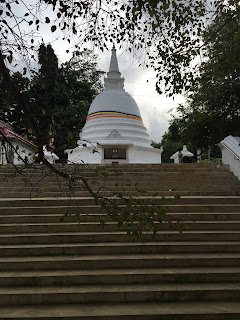 Ben Schonthal is Senior Lecturer in Buddhism and Asian Religions at the University of Otago, in New Zealand. He received his Ph.D. in the field of History of Religions at the University of Chicago, where his dissertation recieved the 2013 Law & Society Association Dissertation Award. Ben's research examines the intersections of religion, law and politics in late-colonial and contemporary Southern Asia, with a particular focus on Buddhism and law in Sri Lanka. Ben's first book, Buddhism, Politics and the Limits of Law, is due to be published with Cambridge University Press in September of this year. In July, Ben received the Otago University Early Career Award for Distinction in Research. His current research project, supported by the Marsden Fund of the Royal Society of New Zealand, examines the lived practices of monastic law in contemporary Sri Lanka and their links with state-legal structures.

Please rsvp for the event at Eventbrite.

The seminar will be held from 4-5pm in the staff common room, level 2, Law School, UNSW, Kensington campus, Sydney.