Politics in Action in Southeast Asia 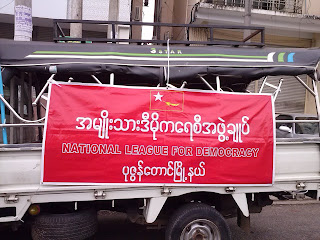 Southeast Asia is far from homogenous when it comes to political systems, government leadership and democratic transitions. Each country has a unique political history which separates it from its neighbours, in spite of efforts to present a unified face through institutions such as the Association of Southeast Asian Nations (ASEAN). The policy roundtable aims to provide current political updates on the states in Southeast Asia, providing individual country updates, as well as space to discuss the broader implications of political issues beyond national borders. Drawing upon expertise at the University of Sydney, as well as interstate and international colleagues, this event will bring you up-to-date with the latest political developments across Southeast Asia.

This is the abstract for  my talk on Politics in Action in Myanmar
Politics in Myanmar has undergone a dramatic shift in recent months, or has it? This presentation considers the extent to which Myanmar’s political and legal system mandating quasi-military rule will constrain its newly-elected members of parliament. Pragmatism has led to a proxy president (U Htin Kyaw) and the tailor-made position of State Counsellor for Daw Aung San Suu Kyi. The current regime is a form of ‘semi-competitive authoritarianism’ and the National League for Democracy (NLD) government remains subject to certain constraints including the reserved domains of military power and the high concentration of power in the President. Acknowledging these constraints is key to understanding whether the NLD will be able to address the major challenges it faces - from the peace process, to economic reform, land disputes, anti-Muslim violence and constitutional reform.