The role and function of constitutions in authoritarian regimes has always been something of an anomaly for scholars. Yet a new body of scholarship has emerged in an effort to explore and explain the role that constitutions can and do play in authoritarian regimes. In Myanmar, the transition from complete military rule to a quasi-civilian government has taken place within the framework of the Constitution of 2008. The case of Myanmar therefore provides a relevant site from which to explore questions about the significance of constitutional change in authoritarian regimes. In this presentation I will focus on one particular aspect of the Myanmar Constitution 2008: the reintroduction of the right of individuals to bring applications for constitutional writs to the Union Supreme Court. I explore the meaning of the Constitution 2008 for ordinary citizens. That is, can a document drafted over 20 years in a process controlled and directed by the military regime take on new meanings for its citizens? To address these questions, I examine the development and foundation of constitutional writs in Myanmar during the period of parliamentary democracy (1948-1962), identify its common law foundations and the emphasis on the protection of individual rights. I then turn to the implications of the reintroduction in 2011 of the constitutional writs, after decades of socialist and then military rule. Several hundred writ applications have been lodged in the past five years, yet few cases have actually been decided on issues of rights protected in the Constitution, and only a handful of cases have been reported. Through this presentation, I suggest that administrative law is one test of the nature of constitutionalism in authoritarian regimes, and forms a key part of the process of building constitutionalism in the future. 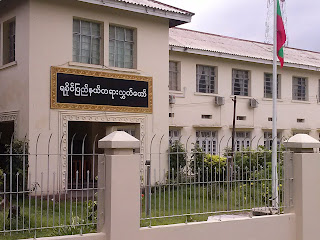